Back to 87th Annual Meeting
Back to Program Outline


PURPOSE:
Affectionately referred to as ‘man’s best friend’, dog attacks in the pediatric population often test this analogy. Pediatric dog attacks are a significant public health issue that negatively affects the psychological well-being of a child. We performed analysis of our cumulative two-institution pediatric dog attack data, present representative cases and offer evidence to support a nationwide prohibition of dangerous dogs.
METHODS:
A retrospective review was performed at two urban Children’s hospitals from 1996-2005 of all dog attacks presenting to the plastic surgery service. Charts were reviewed with analysis of patient demographics, injury site, operative intervention, and dog-specific data.
RESULTS:
109 patients were included for review, with 83% of attacks occurring in the facial region. Mean age was 3.9 years (range 2-18 years). 67% of attacks involved multiple anatomic sites, 95% required surgical intervention with 30% requiring a skin graft or flap reconstruction. 88% of dogs were known to the victim, 46% of attacks were provoked, 73% of dogs were euthanized and 57% of dogs were deemed to be of a dangerous breed (Pit Bill or Rottweiler). Mean hospital duration was 4.7 days and 27% required additional reconstructive plastic surgery. Figures below illustrate a representative case of a 4-year old female attacked by her aunt's dog, resulting in a complete nasal amputation, preoperatively (upper), at time of forehead flap reconstruction (middle), and five years post-operatively (lower), with an acceptable functional and aesthetic reconstruction.
CONCLUSION:
Dog attacks in the pediatric population produce significant costs including physical morbidity, psychological disability, and financial strains. A majority of attacks were by a known dog, in the facial region, by dogs which we define as of a dangerous breed. Much of the injury patterns are unique to children and these injuries and associated costs can be significantly diminished, as the problem is often preventable. Our cases present the ‘tip of the iceberg’ as our cases only represented consultations directed to Plastic Surgery. The Province of Ontario, Canada has banned Pit Bulls since 2004, as have several American cities. We describe the scope of the problem, preventative guidelines, and outline why organizational advocacy in plastic surgery should be directed towards a national prohibition of dangerous dogs. 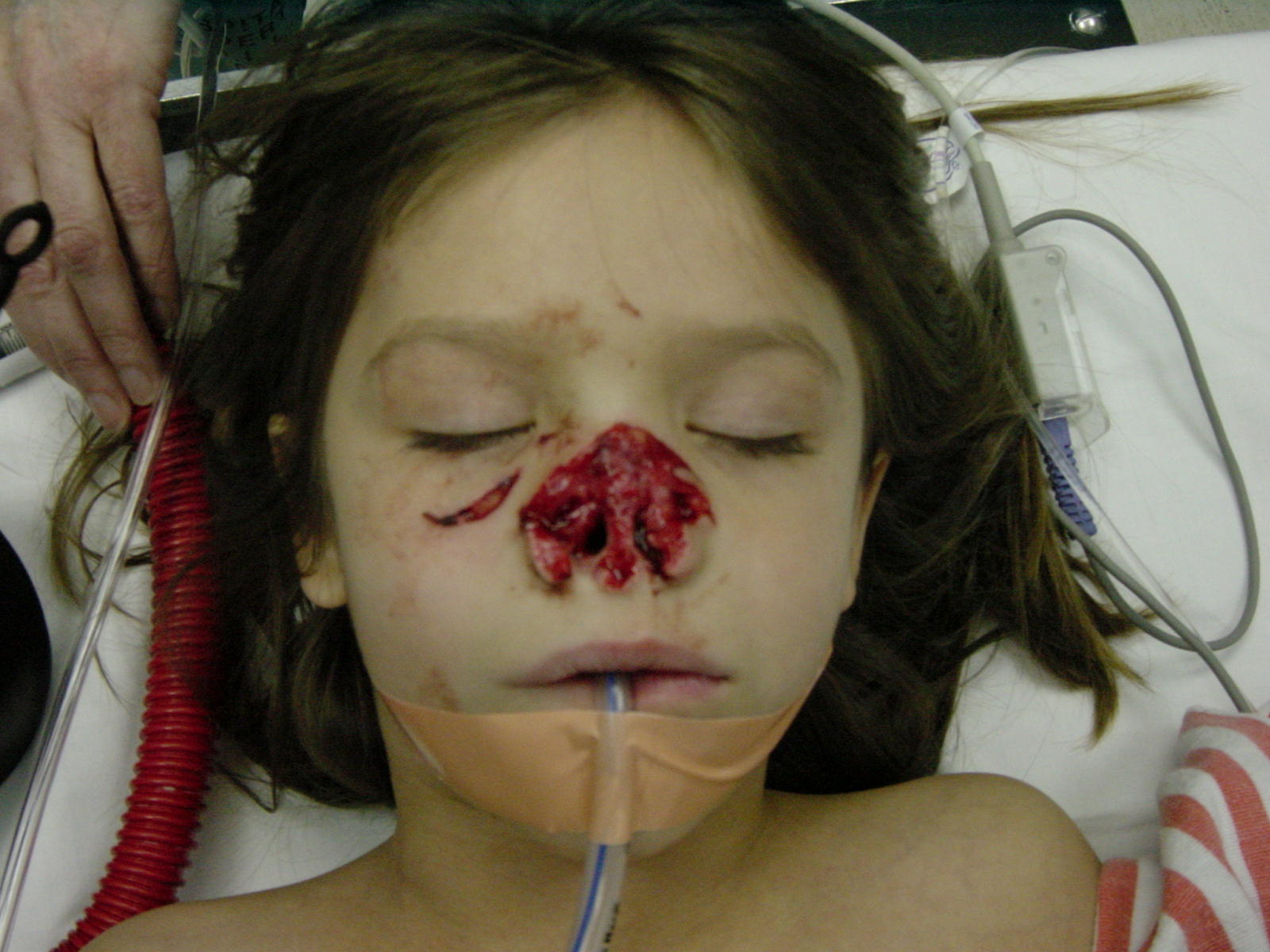 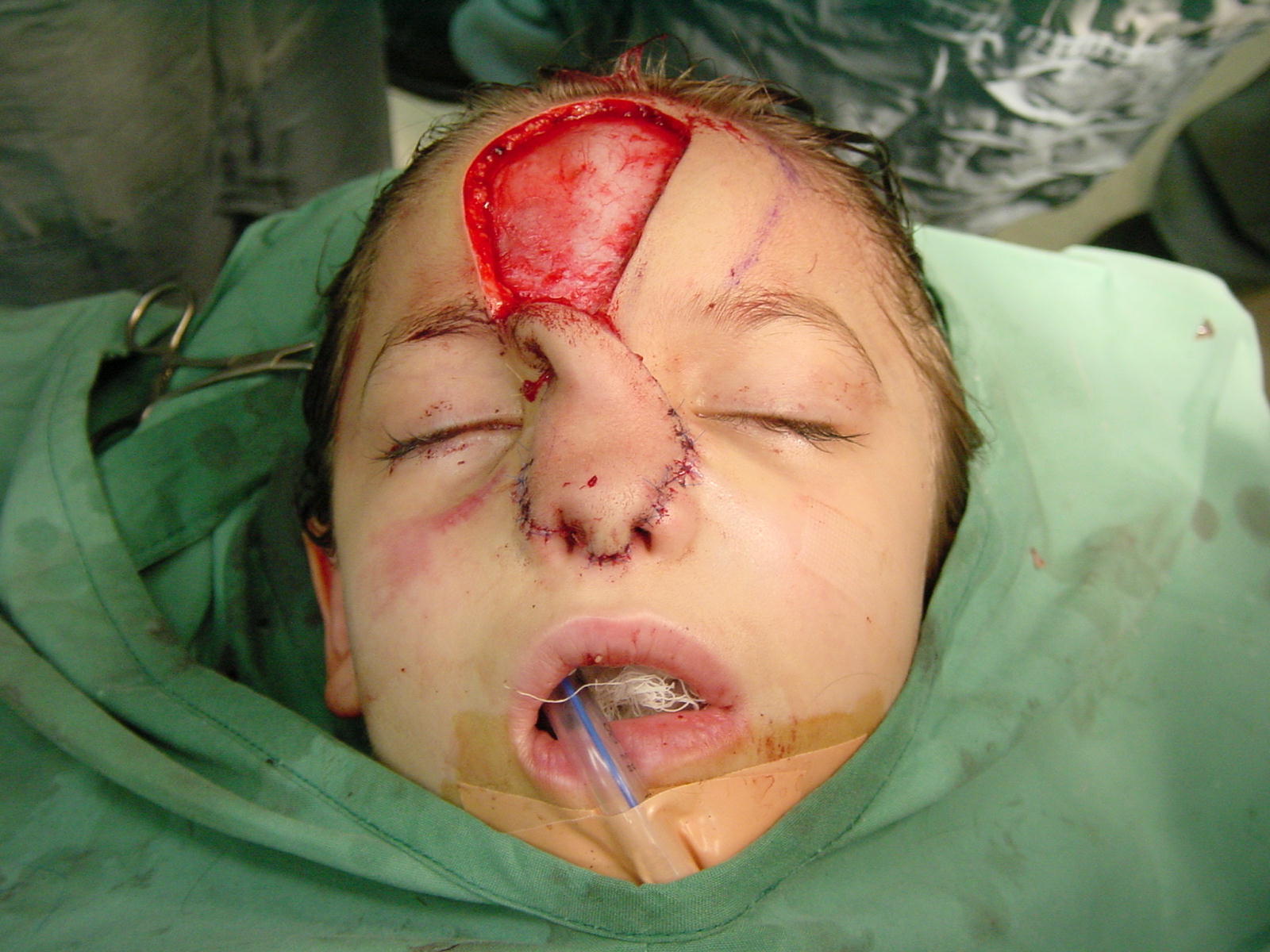 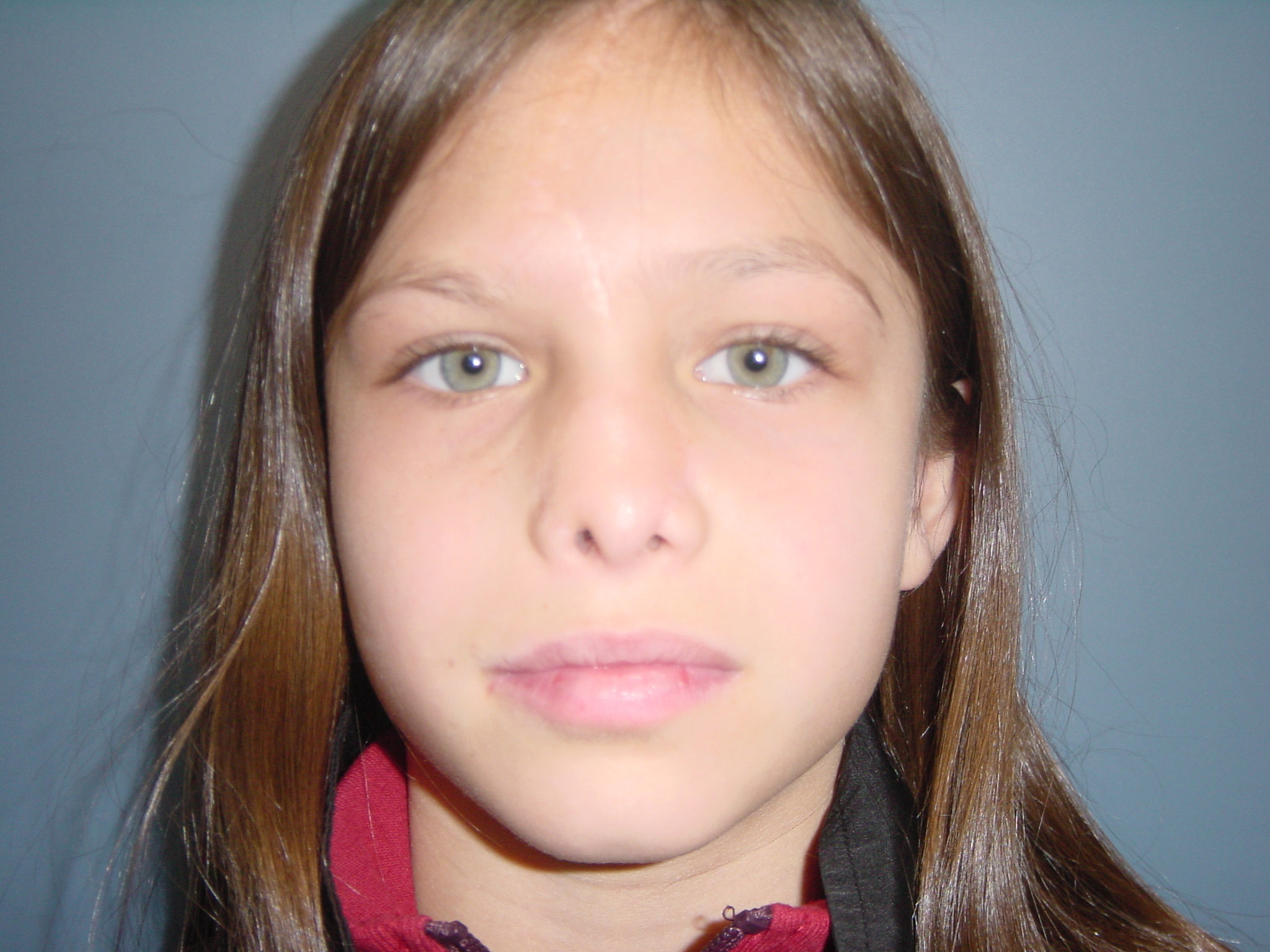 Back to 87th Annual Meeting
Back to Program Outline